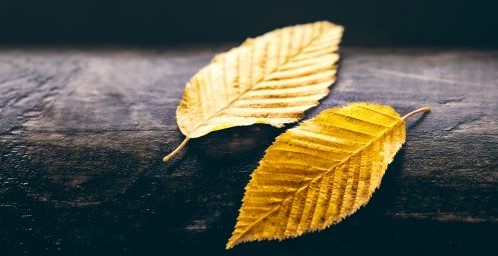 “In the long run we shall have to pay our debts at a time that may be very inconvenient for our survival.”
Norbert Wiener, American Mathematician and Philosopher (1894-1964)

Bond portfolios face various risks that could drastically affect the price of their underlying holdings, the most prominent of which is the interest rate policy of the Central Bank. A more idiosyncratic factor that could adversely affect a bond price too is its credit rating. Given the current market conditions and unprecedented levels of corporate borrowing, proactively stress-testing potential credit rating movements is vital to a sound portfolio management process for the fixed income manager.

The credit rating of a bond largely indicates the probability of it defaulting on its payments. Considering that a non-zero-coupon bond has two payment streams (its principal and its interest payments), the probability of failure to service its debt on time and in full would constitute a default event. Government and corporate bonds are rated by agencies (the big three being Standard & Poor’s, Moody’s and Fitch) which specialize (with varying levels of success) in assigning a credit rating to a bond, based on models with various parameters such as the macro-economic environment and the revenue and debt profile of a company or country.

Post the credit rating that a bond is assigned when initially issued, ratings are frequently reviewed and they may change, due to macro-economic events or sector and firm-specific circumstances. Considering that credit ratings affect the interest rate that a firm-issuer needs to pay in order to attract buyers, bonds with higher quality credit ratings have lower yields, the bond yield reflecting the bond’s creditworthiness. If a bond is downgraded (i.e. its credit rating is lowered), the bond price declines and the bond yield increases, and vice versa.

Considering that bond prices may change even in anticipation of a credit rating upgrade or downgrade, bond investors may want to systematically assess how potential credit rating fluctuations would affect the valuation of a bond portfolio and stress-test their holdings through changes in credit rating, to gauge a portfolio’s behaviour in different scenarios, like ones with rating downgrades or upgrades.

Given that the current global economy frequently gives frequent recessionary signs, there is a risk that a certain portion of the lower end of the IG bond market will be downgraded to HY status. With the number of corporate bond issuers at the bottom edge of IG hitting a record high worldwide, an increasing number of such issuers are put on ‘credit watch’ with a large chance of being downgraded to speculative HY rating. Having had a decade of mounting (often indiscriminately) corporate leverage and in a COVID19-hit global economy, certain corporate sectors have experienced a sharper decline in their business activity and revenues, in particular cyclical industries such as energy, airlines, tourism, hospitality and the off-line retail, a fact that makes the affected companies less able to meet their debt obligations, hence their credit rating status.

Although most of the world’s prominent Central Banks have included or are expected to include fallen angels (a ‘fallen angel’ refers to a bond that was initially given an IG credit rating but has since been downgraded to HY status, due to the issuer’s deterioration of financial conditions) in their quantitative easing programs of bond-purchasing (thus artificially supporting the HY bond system), we should keep in mind that credit rating downgrades often ignite mass liquidation by certain classes of mutual funds, insurance companies and pension funds, the policy of which may only permit them to hold IG bonds.

It is not the focus of this article to discuss the projected percentage of borderline IG issuers that may become fallen angels or assess the corresponding capital size of such a migration. However, it becomes apparent that no matter from which angle one chooses to view the matter, fallen angels in USA, Europe and Asia could be very costly to fixed income portfolio holders.

Although ratings usually go up or down by a notch in the rating scale, a flexible risk management system should identify credit rating as a risk factor and allow for larger jumps in the rating scale. Portfolios may hold bonds of mid/long maturities, hence an initial credit rating given to such security has a very high probability of changing throughout the life of the bond. Stress-testing by credit rating allows an investor to decide whether one wants to keep owning a bond security or not and under which conditions.

The impact of the ‘stressed’ credit rating scenarios can be viewed though a number of output risk analytics, such as:

• The change of the expected shortfall of the portfolio and
• The expected new stressed market value (post the credit rating changes),

thus helping one to decide if a portfolio rebalancing is needed. Even in cases where, to diversify the portfolio’s credit risk, an investor holds bonds of different issuers and different maturities, a risk model should be measuring the risks emanating from potential credit quality changes, determine the overall portfolio risks and set relevant selling or hedging strategies to mitigate potential losses.

FINVENT Software Solutions is a trusted provider of advanced financial software applications and custom engineering services. The award-winning KlarityRisk platform specializes in investment risk analytics and fixed income performance attribution reporting and it is offered to Private Wealth institutions, Asset and Hedge Fund Managers and Family Offices. Finvent is the sole SS&C Advent distributor worldwide and its products are natively integrated with those of SS&C Advent. Finvent is also a partner of FactSet, the integrated data aggregator platform.